As Technology advances progressively updated and more advanced systems were introduced in each area, like civil or defense use. We have seen both positive and adverse effects on humanity. 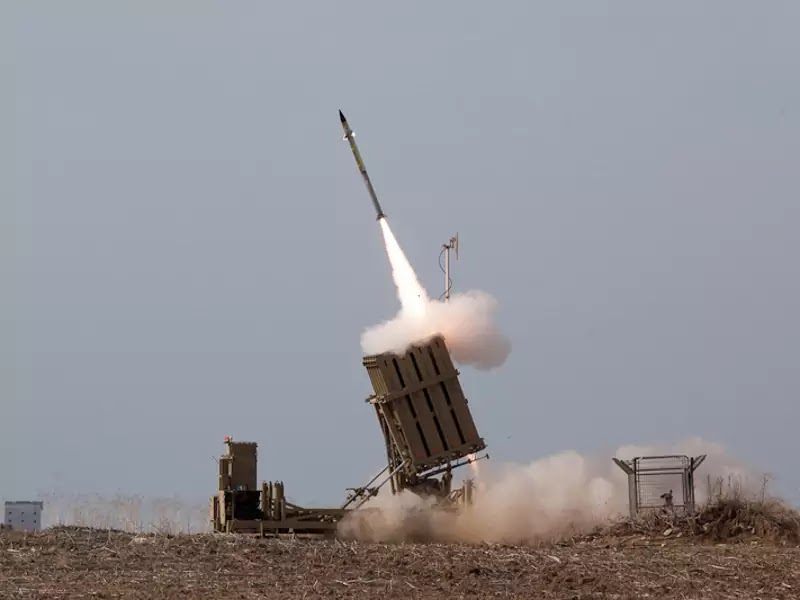 Despite so much development, we have also created such advanced weapon systems to maintain our sovereignty and sometimes use them as a defense shield to protect our citizens.

As per sources it has been revealed that Israel has used their most advanced Iron Dome Missile Defense System as a shield to defend Israeli airspace from a barrage of rockets propelled during airstrikes.

What is Missile defense systems?

Ballistic missiles are a perfect combination of three essential components: a propulsion system that is powered by rockets initially, which provides the energy to reach the target.

A guidance system, parabolic, free-falling trajectory toward their targets which contains steering of the missile during powered flight and ensures the correct initial conditions for the ballistic trajectory and the payload which destroys the target.

They are classified by the maximum distance that they can travel, how powerful the missile’s engines (rockets) are and the weight of the missile’s payload, or warhead.

Other Types of Missiles

A Cruise missile is a guided missile used against terrestrial targets that are propelled by jet engines and can be launched from land-, air-, or sea-based platforms. They are

remains in the atmosphere and flies the major portion of its flight path at approximately constant speed.

Cruise missiles are designed to deliver a large warhead over long distances with high precision due to their constant propellants, they are more maneuverable than ballistic missiles.

Hypersonic missiles travel up to eight times the speed of sound with a range of 1,000 miles, A hypersonic boost-glide vehicle (HGV) is fired by rockets into space and then released to fly to its target along the upper atmosphere.

The second type of a Hypersonic cruise missile is powered through its entire flight by advanced rocket booster or high-speed jet engines. It is a faster version of existing cruise missiles.

A missile defense system contains space-based satellites, ground radar systems and sea-based radars all collectively create monitoring systems that contribute to offensive missile detection (detecting a missile after it has been launched).

Such tracking keeps the missile “in sight” so that an interceptor can find it and eliminate the threat. Interceptor missiles consist of a three-stage booster rocket (meaning three engines are used in succession), and a “kill vehicle,” which travels alone after the last booster separates.

Using intercept data, the kill vehicle is guided toward an intercept point, where it views the target using its own sensors. From there, using small thrusters to adjust its direction, the interceptor attempts to track and collide with the incoming warhead. 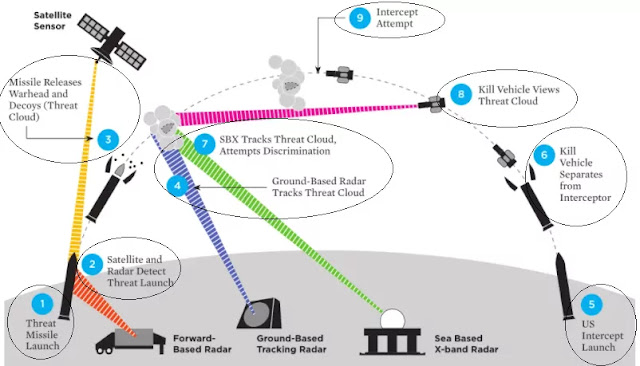 GMD Fire Control and Communication, only for the GMD System

It is a short-range, ground-to-air, air defense system that includes a radar and Tamir interceptor missiles that track and neutralize any rockets or missiles.

The system has been developed to counter very short range rockets and artillery & mortars (C-RAM) as well as aircraft, helicopters and unmanned aerial vehicles.

Iron Dome Air Defense Missile System full unit cost have $50 million per battery or $40,000 per missile  The system is designed to intercept and destroy short-range rockets and artillery shells fired from distances of 4 kilometers (2.5 mi) to 70 kilometers

The S-400 or SA-21 Growler is an air defense missile system developed by Almaz Central Design Bureau of Russia. S-400 is the advanced upgraded version of its successor the S-300P and S-200.

The S-400 is a surface-to-air missile system that integrates a multifunction radar, autonomous detection and targeting systems, anti-aircraft missile systems, launchers, and command and control center. It is capable of firing three types of missiles to create a layered defense.

The system can engage all types of aerial targets, including unmanned aerial vehicles (UAV), aircraft and ballistic and cruise missiles, within the range of 400km at an altitude of up to 30km.

S-400 is effective enough that it can be deployed within five minutes and simultaneously engage 36 targets.

S-400 used an improved variant of the 48N6M missile with a powerful propulsion system. The missile can destroy airborne targets within the range of 250km.

However, the 40N6 missile of the S-400 has a have range of 400km and uses active radar homing to intercept air targets at even great distances.

Cost of the S-400 have approx. $300 million per fire unit (artillery battalion) that consists of 9 launchers, 120 missiles, command and support vehicles.

Terminal High Altitude Area Defense Missile System is an easily transportable defensive weapon system to protect against hostile incoming threats, such as tactical and theatre ballistic missiles, at ranges of 200km and altitudes of up to 150km.

This system provides the upper tier of a ‘layered defensive shield’ to protect high-value strategic or tactical sites such as airfields or populations centers.

The missile is 6.17m in length and is equipped with a single stage solid fuel rocket motor with thrust vectoring. The rocket motor is supplied by Pratt & Whitney Rocketdyne. The launch weight is 900kg.

These are some basic details about Missile defense systems readers can explore more about latest technology and in-depth information through respective sources.

More and more advance technological development going on around the world and no new technology sustain to long time as their replacement will come soon due to innovation and technology enhancement.