Lunar New Year is celebrated on 12 February 2021, a famous festival observed in many countries which starts with the first moon of the lunar calendar. In countries such as Vietnam, Korea Lunar New Year is known as Tết and Seollal.

Although commonly known as the Chinese New Year in the United States and other parts of the world. 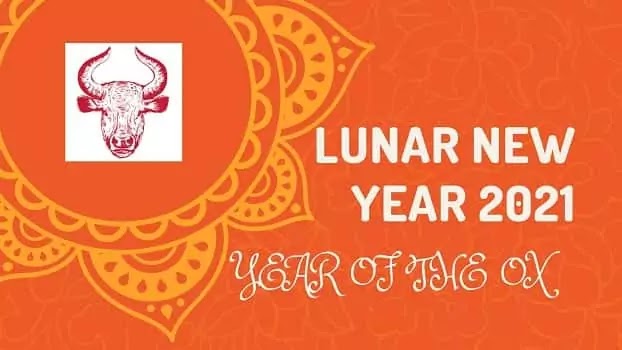 The lunar new year 2021 marks the year of the OX, one of the twelve zodiac signs. This 12-animal zodiac system in China is important in many Asian countries like Japan, Korea, Vietnam, Thailand, Mongolia, Tibet etc. It is generally believed that people born in the year are hardworking, persistent and honest.

The year of Ox is believed to be a time when difficulties can be overcome. The Lunar New Year is an important holiday in many East Asian countries and is the same date as the Chinese Lunar New Year.

"In Vietnam, the Lunar New Year is known as Tết, a word derived from the Sino-Vietnamese 'tiet', which is derived from a Chinese noun meaning 'season' or 'festival.'

In Vietnam, people enjoy a long week to ring in the new year, filled with events and activities such as a spring market, family visits, New Year food and traditional card and chess games. Vietnamese communities overseas In, especially in Little Saigon, Westminster, Tết is still an important holiday,

Chinese people have continued to use traditional foods to celebrate this tradition, reconnecting with cultural traditions, family and community One such food is fish, a symbol of prosperity, because in Chinese it is pronounced similar to the word 'surplus'. It expresses a desire for prosperity, a major theme in many foods.

Another universally important subject is embodied in foods such as glutinous rice ball soup (tung yuan) and gluten rice cake (New Year cake). This topic is more important during all epidemics when many people are forced into isolated existence.