It is often believed that books have always been a good friend of man and it has always proved helpful in increasing our knowledge. 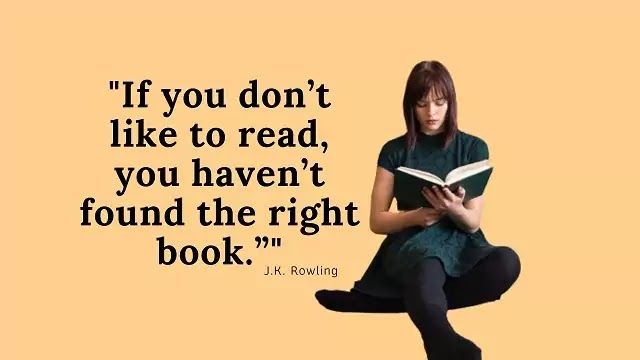 Why books are Important

There was a time when publication of books was not possible, speech was the medium of knowledge. Nevertheless, for a long-time knowledge has been passed on to the next generation through one or the other medium.

But in today's era, after the invention of the printing press, we have the ideas of sages, philosophers, thinkers and litterateurs available in printed form.

And that is why the best books of the world are easily available, today we are going to give information about some such popular books for you, which have made a different identity in the world.

Books have a special place in every book reader's heart you love everything about books, the way they smell, the way we can feel each page, the way they placed on your shelf.

It seems that books are important for the mind, heart and soul, the power found between the pages of the book is formidable.

Our list of the most popular books of all time is based on the content provided by the author and the number of copies of these best-selling books in the world.

"I think books are like people, in the sense that they will come into your life when you need them most."- Emma Thompson

Best-selling books of all time

We have the famous Spanish novel ‘Don Quixote' by Miguel de Cervantes. It was first published in 1612 and since then, the book has sold 500 million copies worldwide. The story follows Alonso Quijano, who proves that chivalry will in fact never die. Originally it was seen as a parody of the chivalric romances

At the 2nd position, we have the very famous ’A Tale of Two Cities' by Charles Dickens. The novel is set in London and Paris before and during the French Revolution.

It tells the story of the plight of the French peasantry demoralized by the French aristocracy in the years leading up to the revolution.

'The Lord of the Rings' by J. R. R. Tolkien. It is an epic fantasy novel that tells the story of a discovery made by Frodo and the Fellowship of the Ring: Gandalf the Wizard, Hobbits Merry, Pippin, and Sam, Gimli the Dwarf, Legolas the Elf, Boromir of Gondor and along the mysterious stranger called Strider.

The Little prince represents the free minds of children and their constant urge to ask questions, engage the invisible, and seek the mysteries of the universe.

The book has been translated into 300 languages and dialects. It sells 1-2 million copies worldwide every year.

At the 5th place we have the highly successful 'Harry Potter and the Philosopher's stone' by J. K. Rowling, the first book from the series of seven books. We all love Harry Potter and know of his journey, considered as one of the biggest young adult books of all time. Philosopher's stone introduces us to the beloved Harry Potter, his friends Ron and Hermione, Professor Dumbledore, the wizarding School and Lord Voldemort.

The book has been translated into 80 languages and has been made into an 8-part series films which has in total earned 7.7 billion dollars, the books in themselves have sold more than 500 million copies, all together.

6: - And Then There Were None (100 million copies sold) by Agatha Christie

At number 6th place we have the iconic Agatha Christie novel 'And Then There Were None'. The book was first published in 1939, and since then it has been seen as one of the best thriller novels of all time. Ten strangers, each from a different background receives an invitation from a Mr. or Mrs. U.N. Owen, or a Mrs. Constance Culming ton, to come to the island for a weekend.

However, soon they realize that they are all alone standing face to face with death. And just like the 10 little solders poem, death takes them one by one. The book has been made into a blockbuster film and a famous HBO show.

'Dream of the Red Chamber' in Chinese (pinyin) Honglumeng or (Wade–Giles romanization) Hung-lu-meng, an 18th-century novel by Cao Zhan generally regarded as the greatest of all Chinese novels and one of the greatest Considered in world literature.

The work, published in English as Dream of the Red Chamber (1929), first appeared in manuscript form in Beijing during Cao Zhan's lifetime.

At the 7th place, we have the very famous ’The Hobbit' by J. R. R. Tolkien. The story revolves around a hobbit named Bilbo Baggins who enjoys a comfortable, non-ambitious life, rarely traveling any farther than his pantry or cellar.

But his life is disturbed when the wizard Gandalf and a company of dwarves arrive on his doorstep one day to whisk him away on an adventure which includes raids, war with the evil forces, giants and dragons.

It is set in the pre-timings of 'Lord of the Rings' the book has been made into blockbuster film with the same name. Hobbit is the first book of the series of three books.

She, subtitled A History of Adventure, is a novel by the English writer H. Rider Haggard, published in book form in 1887. The story is a first-person narrative which follows the journey of Horace Holly and his ward Leo Vincey to a lost kingdom in the African interior.

They encounter a primitive race of natives and a mysterious white queen named Ayesha who reigns as the all-powerful "She" or "She-who-must-be-obeyed". Haggard developed many of the conventions of the lost world genre which countless authors have emulated.

At the 9th place we have the very famous, 'The Lion, The Witch and the wardrobe' by C. S. Lewis. The book was first published in 1950 and has sold 85 million copies worldwide. The book is the first part of the 7 books' series and has also been made into blockbuster film with the title 'The Chronicles of Narnia: The Lion, The Witch and the Wardrobe.

The story is set in the time of World War 2, when four siblings Peter, Suzan, Edmund and Lucy are evacuated from a London suburb to Professor Digory Kirke's country home, where they come across the magical wardrobe and the hidden world of Narnia.

The world's best-selling books embody the imagination, emotion and knowledge of the authors.