-->
Home Computer Educational What is keyboard how to use with computer

What is keyboard how to use with computer 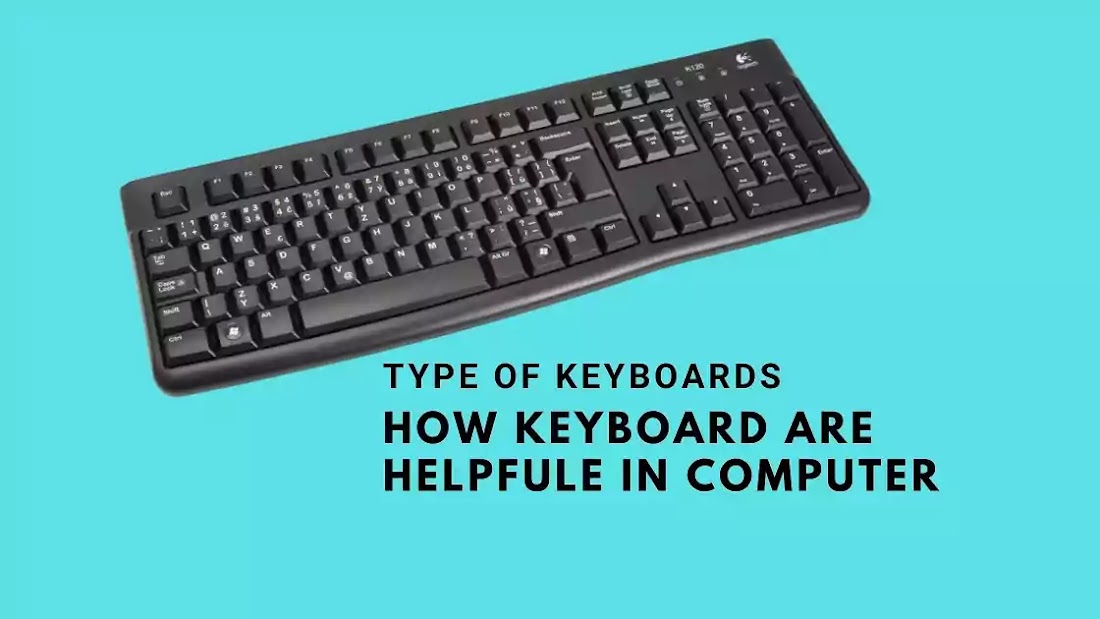 As you know keyboard is one of the important parts of computer with the help of keyboard, we send instruction to computer to perform operation.

The keyboard is an Input device. It is mainly used to enter commands, text, numerical data and other types of data in computer. In order to interact with a user computer, input devices such as keyboard and mouse are used.

After this, the entered data is converted into machine language so that the CPU can understand the data and instructions that are coming from the input devices.

How is the keyboard connected to the computer

If we talk about time first then PS / 2 or serial connector was used to connect the keyboard with the computer. But if I talk about now, then USB (universal serial bus) and wireless connectors are used. It has now become very easy to connect them.

The disadvantage of Wireless Keyboard is that in this we have to change the battery again and again. Otherwise, it is more portable than other keyboards

There are many different types of keyboard layouts which are manufactured according to region and language. Today I am going to tell you about those types.

QWERTY: This layout is used the most in the world and it has been named according to the first 6 letters, which you can see in the earlier top row. It is used in almost all countries.

AZERTY: It has been developed in France, QWERTY layout according to another variation and is also considered as standard French keyboard.

DVORAK: This layout is designed to reduce finger movement so that it can be typed more quickly and fast than QWERTY and AZERTY keyboard.

If I talk about now, then the keyboards that are used in the present time are mostly 'QWERTY'.

In the keyboard of a computer many letters, numbers, symbols and commands are placed in the shape of a button and each of these belong to some specific category.

So, if you know which category belongs to which key, then you can easily know about their function.

All keyboards have a set of keys which is called alphanumeric keys. This term "alphanumeric" means either letters or numbers, but no symbols or command keys.

These number keys which appear above the letters are double of the symbol keys.

If you press the Shift button and hold the number then whatever symbol will be in that number key will be typed. The top row of the keyboard consists of letters such as " Q, W, E, R, T and Y ". That is why keypads in cell phones are called QWERTY Keypads.

All these keys are located on the right side of the letter keys. Just like the number keys, if you hold the punctuation key and press shift then you can use another function.

These keys move cursor like a mouse in the display screen. With this, you can use these navigation keys to scroll the website history.

Command keys are called keys that give commands such as on "delete," "return" and "enter." It depends on your keyboard whether there are special keys in it or not. For example, for lowering the volume up, for moving videos back and forth. The other special keys are " caps lock key," "shift key" and " tab key."

Here, I will give you information about different types of keys in the keyboard and will also talk about their use. In a normal keyboard, the keys are divided into the following six categories based on function. Whose description is as follows.

These keys are most commonly used. Typing keys include both types of keys (alphabet and numbers), collectively called Alphanumeric keys. Typing keys also include all types of symbols and punctuation marks.

These keys are used alone or with other keys to perform a certain task. In a normal keyboard, most of the Ctrl key, Alt key, Window key, Esc key are used as control keys. Apart from these, keys like Menu key, scroll key, Pause Break key, PrtScr key etc. are also included in the control keys.

Navigation keys contain Arrow keys, Home, End, Insert, Page Up, Delete, Page Down etc. They are used to move around in any document, webpage etc.

We can also call them Calculator keys, because a numeric keypad has almost the same (some extra) keys as a calculator. They are used to write numbers.

How many buttons does the keyboard have?

Some of the main control keys and their usage

Esc Key is used to cancel any currently running task. Its full name is Escape Key.

The full name of Ctrl Key is Control Key. It is used in Keyboard Shortcuts.

This key is used to open the Start Menu.

Menu Key works in the same way as Mouse's Right Click. It opens the options related to a selected program.

This key is used to take the image of PrtScr Key Computer Screen.

Use of Navigation Keys

Arrow Keys are four- Up Arrow, Down Arrow, Left Arrow and Right Arrow. They are used to move cursor and webpage in the direction of Arrows.

Home Key is used to bring cursor to the beginning of any document. With this help, a Webpage and Document can come at once.

End Key is used to bring cursor to the end of a document. With the help of this, a webpage and document can go down at once.

Insert Key is used to turn Insert mode on and off.

Delete Key is used to delete text after Cursor, selected text and files and folder.

Page Up Key is used to move the Cursor and a page upwards.

Page Down Key is used to move the Cursor and a page down.

Using Numeric Keypad, the numeric keypad is on the right side of the keyboard. It has numbers from 0 to 9. In addition, there are also sign of addition, subtraction, division, multiplication and decimal sign.

Numeric Keypad is used to write numbers. These numbers are also located elsewhere in the keyboard, but they can be written quickly with the Numeric Keypad.

Q: How many function keys does the keyboard have?

A: Today’s traditional PC keyboards have 12 function keys, from F1 to F12. There are 19 function keys in Apple desktop computer keyboards, F1 to F19.

Q: How many keys does a numeric keypad have?

A: Most desktop computer keyboards have a numeric keypad, and if you count all the numbers and symbols then there are 17 keys in it, while the Apple keyboard has 18 keys.

Due to the small screen of laptops, they usually do not have a numeric keypad.

Q: How many number keys does the keyboard have?

Q: How many alphabetic keys does the keyboard contain?

A: keyboard consists of 26 alphabetic keys.

Q: How many symbols are there in the keyboard?

A: An English QWERTY keyboard has approximately 40 symbols (eg, @, #, $, and% that do not contain letters and numbers) above 28 keys. This difference is because some keys have more than two symbols.

If we calculate from the beginning, then there are about six rows of keys. Three of these rows contain alphabetic letters.

We hope information about what the keyboard useful and help to access keyboard easily.

We hope that this information about the different types of keyboards can help you to select the right keyboard as per your requirement which can make your job more convenient and your work task simple and effective.